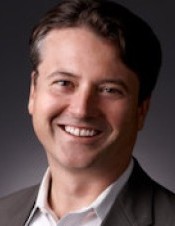 Brian is Global Client President and Head of US Ventures at Dentsu International, a worldwide Marketing and Advertising firm. He has 25 years of marketing experience working on brands like then-Governor Bill Clinton, Amazon, Microsoft, Walmart, Pinterest, and Intel. He has been at the forefront of the digital marketing revolution. He is a member of the American Advertising Federation Hall of Achievement, the Bay Area Innovation Group’s Hall of Fame, and is an AdTech Industry Innovator.

Brian lives in Mill Valley with his chef-wife, Tory, and their two children who attend Tam High. Brian volunteers with the Business Advisory Board of the San Francisco Unified School District, the Media Advisory Council of The Ad Council (Schoolhouse Rock, Smokey the Bear, etc), and with the Gun Safety Alliance. Brian enjoys biking, yoga, and skiing. 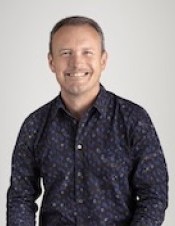 Jon Alferness is a Silicon Valley product and technology executive with over 20 years of experience across a suite of Fortune 500 companies. He has a passion for leading cross functional organizations to build and grow digital businesses.

Most recently, Jon was the Vice President of Core Rideshare at Lyft, where he led the product, engineering and business team, accelerating the growth and profitability of the core business. Prior to Lyft, Jon was SVP of Ads & Commerce at Pinterest where he led the broader ads and shopping business and product teams. Previously, Jon was a VP of Product Management at Google, where he spent twelve years managing a variety of ads teams from Search, to Apps and Mobile Ads to Shopping and Travel.

Jon and his wife Joy have two kids. Then enjoy spending time at Oliven, which is their farm in Calistoga, where they grow Cabernet Grapes, vegetables, fruit and raise chickens. Joy is active in the human rights and incarceration reform spaces, with leadership roles at Human Rights Watch, Refugees International, and The Campaign for Fair Sentencing of Youth among others.

Jon is passionate about food and reducing food waste, and has seen how easy it is to grow all the food you need with his farm in Calistoga. He’s thrilled to be a part of the ExtraFood board. 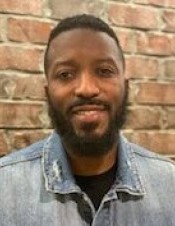 Paul Austin is the Executive Director of PLAY, a non-profit organization based in Marin County that seeks to promote the unification of communities through collective activities.

Prior to that, Paul was the Recreation Director of the Marin City Community Services District, where he promoted healthy lifestyles through sports, behavioral and cultural development. As a Community Liaison, he fosters partnerships and programs that bridge different cultures and socioeconomic backgrounds.

Paul began working with youth and teens as a coach and mentor from a very young age. During his tenure as the Marin City Recreation Center Director, he implemented and developed numerous sporting programs such as basketball, softball, dodgeball, tennis, and skateboarding. These sporting programs were afterschool, intramural, and competitive league teams. He is a coach for the County Bears that participates in the AAU (travel ball). His most significant accomplishment was establishing the Star of the Sea basketball program in 2012. This program participates in the Marin County CYO league, in partnership with Saint Mary Church, which is the first CYO program from the Marin City/Sausalito area. In 2014, he expanded his focus on developing youth basketball skills by facilitating access to the Junior Warriors programs for kids grades K-3 from Marin City and Mill Valley. This resulted in three teams annually participating in the YMCA program. Paul is well-respected in greater Marin County and has developed strong partnerships to enhance the lives of youth. He is a graduate of Dominican University at California with a degree in Psychology. He is happily married to Tenisha Tate-Austin, an assistant Principal at Hall Middle School. Paul and Tenisha are the proud parents of a son, Kiran, and a daughter, Symil. 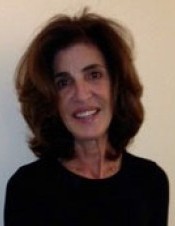 Carla Buchanan is a psychotherapist in private practice in Marin. She did her undergraduate studies at the University of California at Berkeley and has maintained an active involvement with the University.

She’s a past member of the Executive Board of UCB’s College of Letters and Science and presently serves on the Advisory Board of The Center on Civility and Democratic Engagement at UCB’s Goldman School of Public Policy. The Center focuses on preparing current and future leaders to successfully engage people of diverse backgrounds and viewpoints in the resolution of public policy issues. Carla also serves on the Board of the Rhoda Goldman Plaza in San Francisco. She holds two Masters degrees, one from Dominican University in Counseling Psychology and one in Educational Therapy from San Francisco State University. She manages a family charitable foundation, the focus of which is education and the issue of hunger in the Bay Area. A third-generation San Franciscan, Carla has lived in Marin County for twenty-five years and has two adult children and two young granddaughters, all of whom also live in the County. She spends much of her free time hiking and running on Mt. Tam. 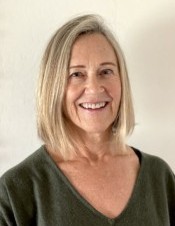 Kathy was ExtraFood’s first employee, originally serving as operations manager and later moving into the role of Director of Food Partnerships.

As a staff member for 7 ½ years, she wore many hats in ExtraFood’s small but fast-growing environment. In the early years, she expanded the volunteer program and managed the day-to-day food recovery logistics. Later, her focus was on actively recruiting new food donors and growing ExtraFood’s recipient partner network.

During her 14 years as a Master Gardener, she co-founded the Outdoor Education Center at Marin Primary and Middle School, a state-of-the-art multi-disciplinary outdoor education center and school garden program. She designed and taught an integrated, garden-based curriculum for K-8th grade students, managed and maintained the garden, and created annual fundraising events. Later she founded the nonprofit, Marin School Garden Network, to connect garden advocates and resources and support the development of school gardens programs in Marin.

She was a registered nurse for 10 years, an open water rowing enthusiast and competitor, and an advisory board member to the Filoli estate in Woodside, CA. She remains seriously committed to healthy eating and cooking, fitness, nutrition, and overall wellness. Kathy has been a resident of Marin for 40 years and lives with her husband, George, in Novato. 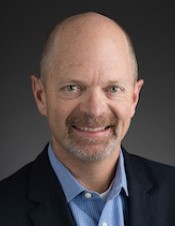 Gerry has more than 25 years of real estate and financial management experience across the United States and Europe in sectors including industrial, office, multifamily and retail. Gerry obtained a bachelor’s degree in Mechanical Engineering and an MBA from Stanford University.

Gerry has been blessed to live in some amazing places (London, Denver, Santa Fe and various spots in the Bay Area) but has fallen in love with Marin County since moving here in 2015. Gerry lives in Belvedere with his wife, Suzanne, and loves mountain biking, golf, playing pickle ball and traveling with Suzanne and their two adult children. 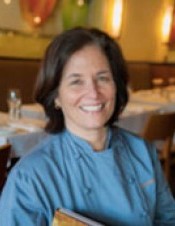 Heidi Insalata Krahling loves to cook for people. Whether it was growing up in Southern California, where her father often did the cooking for huge Knights of Columbus dinners, working as a chef for others, or serving as the chef of her own restaurant, Heidi has always enjoyed making others happy with her food.

Opening Insalata’s (named in honor of her father, Italo Insalata) in 1996 was a natural step in her culinary career. Heidi says that the creation of Insalata’s was also about timing, “You just know when it’s time to work for yourself.” In 2009 Heidi also opened a wildly popular restaurant down the street from Insalata’s called Marinitas, serving luscious Latin inspired food and libations.

For eight years before opening Insalata’s, Heidi was executive chef at Smith Ranch, an upscale adult community in San Rafael. She took this position after spending several years as chef at Butler’s in Mill Valley, where she earned high regard from customers and food reviewers, culinary accolades from magazines such as Gourmet, Food and Wine, and Esquire, and critical acclaim such as USA Today’s USA’s Best Women Chefs, and San Francisco Focus Best Chef.

Prior to working at Butler’s, Heidi honed her cooking skills as a student at Tante Marie’s Cooking School and with Mediterranean expert Joyce Goldstein at Square One.

Heidi’s passion for working is passed to others through classes at Tante Marie’s, the Culinary Institute of America, Ramekins, and other Bay Area cooking schools. She also uses her energy and commitment in serving her community. Food, community, and family are the cornerstones of Heidi’s life today as they have been throughout her life. Today, her restaurant, her food and her community involvement testify to how these influences have shaped her life. 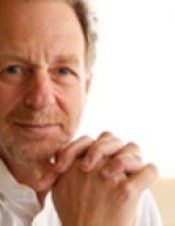 Prior to forming Terra Search, Matt was a Partner with several executive search firms, including Heidrick & Struggles and Ferguson Partners. In addition to leading the firm, he advises clients and manages senior level searches for many of Terra’s clients.

Prior to starting in search in 1998, Matt held leadership, management and functional roles within the real estate industry for more than 20 years. He was founder and executive director of the Multifamily Housing Institute in Washington, DC. Matt has also worked in key development, advocacy and finance positions for the National Housing Partnership (developing and acquiring housing for seniors), National Association of Housing Cooperatives (as a lobbyist) and the Resolution Trust Corporation (helping lead the RTC’s affordable housing program). He further rounded out his real estate expertise with NV Commercial, a northern Virginia-based commercial property company, and Reilly Mortgage, one of the country’s leading apartment lenders. Matt graduated with a bachelor’s degree in political science from Oberlin College.

He is a Governor of the Urban Land Institute Foundation, a member of the Board of ULI’s San Francisco District Council and a member of the Urban Development and Mixed Use Council. Matt is past Secretary of the Board of Directors of the Jewish Home of San Francisco, one of the largest skilled nursing homes in California. He is also a participant on the Policy Advisory Board of the Fisher Center for Real Estate at the Haas School of Business at the University of California at Berkeley. He is a supporter of Oberlin College, Mercy Housing, the Jewish Home of San Francisco, and other charitable organizations. He enjoys road biking in Marin County; relaxing and traveling with his wife, Diane Olmstead, and daughters, Sarah and Cali. 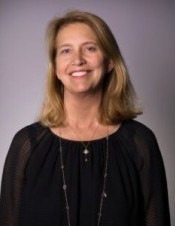 Sherry Wangenheim is a finance and operations executive with over 20 years of experience ranging from start-ups to multi-national corporations. Her expertise is taking companies through rapid growth and change well-positioned for success.

Currently, Sherry is a self-employed financial consultant, advising companies on forecasting, strategic plans, and operational efficiencies. Most recently, Sherry was the VP of Finance and Talent for Harvest Savings & Wealth Technologies before its sale to Envestnet. Prior to Harvest, Sherry was CFO of M/H VCCP where she led a post-acquisition corporate integration with a UK parent company. Previously, Sherry was at Autodesk, where she spent five years in finance, advisory services, audit, education, and procurement.

Sherry and her husband Aaron have four children. They enjoy offshore sailing, hiking in Marin’s beautiful backyard, and volunteering locally, primarily in youth sports. Sherry is an elected official that has served on the Reed Union School District board for the past five years. She has also served as the RUSD liaison member to the Belvedere-Tiburon Joint Recreation District.

Sherry is particularly passionate about food insecurity and its impact on Marin’s youth community. She volunteers for ExtraFood at the Farmer’s Market on Sundays with her children, delivering amazing fresh and beautiful produce to those in need and keeping food waste from the landfill.